An inverter generator is a generator that uses microprocessor technology to condition the power, enabling the generator to be lighter, smaller, run quieter and more efficiently. Inverter generator is usually best for home use and particularly useful for people having the small hobby, holiday and leisure lifestyle.

When you are in need of quiet & clean energy, an inverter generator is the way to go forward. It serves a variety of applications including-

How does an inverter generator work?

An inverter generator is a quiet portable generator which works like this:

Step 1. The raw AC (alternate current) energy produced by the engine of the generator is converted to the DC (direct current) power.

Step 2. The built-in electronic inverter converts it again back to the AC power rated at the standard US rate of 120V and 60Hz.

Result: This type of inverted AC power is far more stable than in the case of conventional generators. Since it is delivered in steady sine waves, it creates less harmonic distortion and can be safely used to power sensitive devices such as laptops or medical equipment. 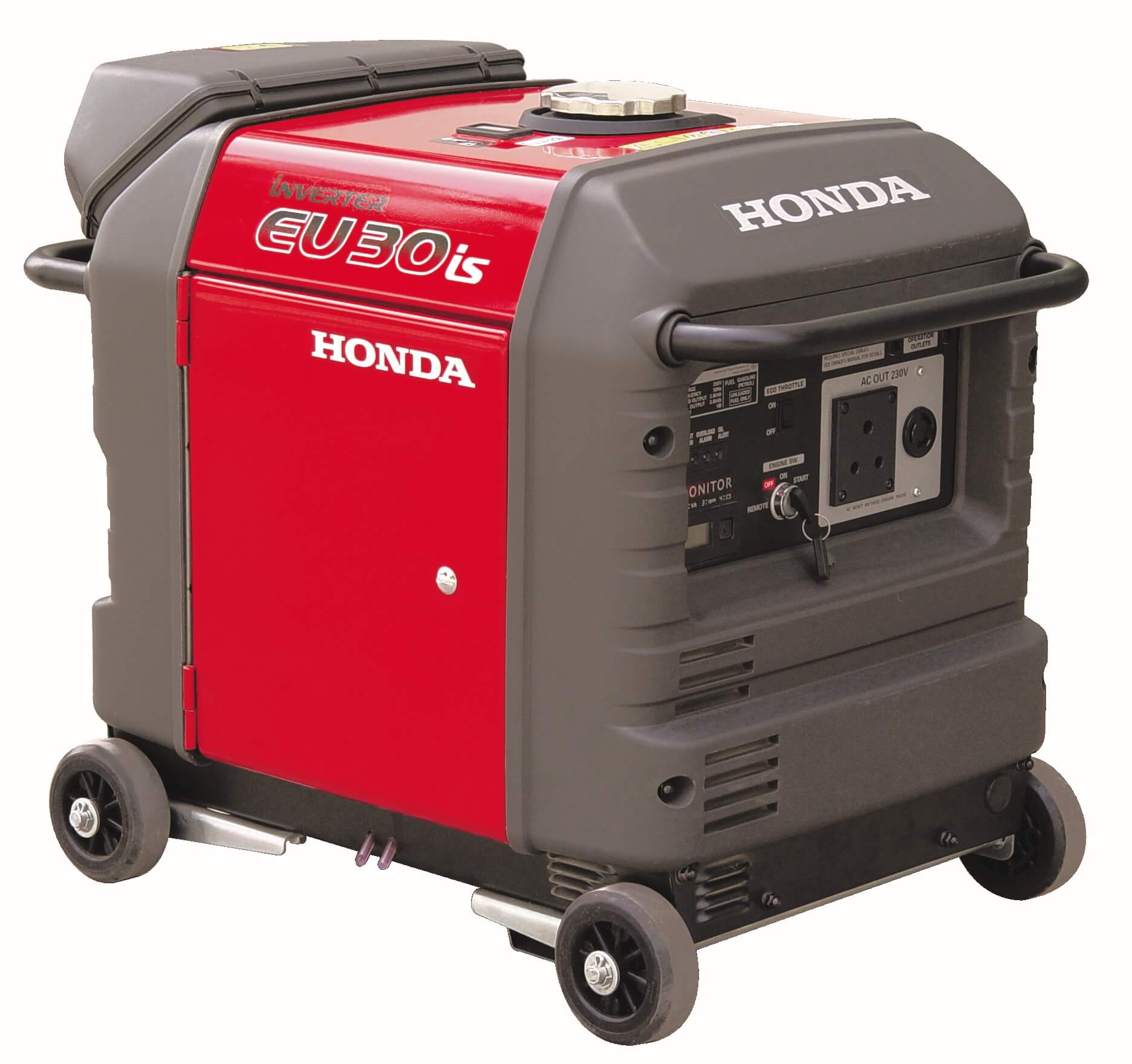 Why is the power generated by inverter generator considered to be cleaner & steadier in comparison than a conventional generator?

The graph explains the difference between the AC electricity delivered by conventional generators and the “cleaner” power provided by inverter generators.

As you can see in the case of the conventional generators the AC current is “unsteady”. Such deviations from the regular sine wave are known as harmonic distortion. The total amount of these occurring while the generator’s engine is on is known as THD – Total Harmonic Distortion.

But is THD a big thing and a potential cause for worries when it comes to the safety of your electrical equipment? In fact – yes, it is.

How does THD affect the safety of your sensitive electric equipment?

Quite a lot of old fashioned electrical appliances can handle higher levels of THD pretty much. All in all, things like drills, electric saws and tons of other electrical equipment used at work and residential were designed within the times when the electricity grids were much less technologically sophisticated than today. Those appliances can generally work safely even with the relatively high total harmonic distortions.

By saying “high” we should always define here what’s defined as “clean energy” – the sort of power which may be safely used also with more sensitive hi-tech electronics. Engineers generally agree on 3% THD because the maximum threshold for the facility to be classified as clean.

Modern electric grid power within the US operates for the overwhelming majority of your time below this threshold. This is one of the reasons why you should probably never be afraid of charging your laptop via a wall socket. That is just because you’re nearly guaranteed that it won’t damage your electronics (although rare exceptions happen).

Minute differences in the design & features of various inverter generators can make a big difference in their usage & maintenance, but also affect their price.  These factors should be kept in mind while considering or purchasing an inventor generator:

Although inverter generators have lesser operational cost than conventional generators, they are pricier to purchase. Higher-capacity inverter generators get very expensive. If you use your generator frequently, you will recover some of that in fuel savings. But more important, generator noise will no longer be a problem to you or to your neighbors.